From the e-mail blast that just went out: 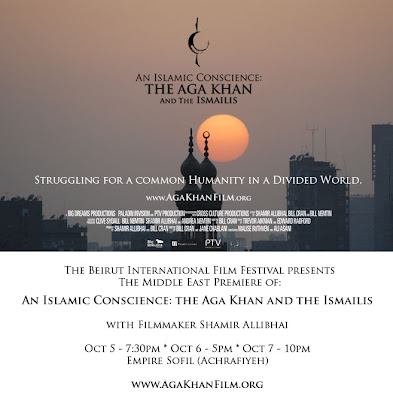 Dear all
As the divides between the Muslim and non-Muslim world, and within the Muslim world itself, seem to be getting worse - not better - it is time to hear the story of an Islamic spiritual leader who has persevered for fifty years to bridge them. This is the story of His Highness the Aga Khan and the community he leads, the Ismailis, told for the first time through film.

Will you join us for the Middle East Premiere at the Beirut International Film Festival?

Born into a world of wealth and privilege, he devotes his life to eliminating poverty and inequality. A religious leader who traces his ancestry back to the Prophet Muhammad (PBUH), he struggles to balance the traditional with the modern.

At a time when Islam is at odds with itself and with the West, the Aga Khan represents a voice of moderation, speaking out for pluralism and diversity, and promoting dialogue between civilizations.

But will he be heard?


See you at the screenings!

Posted by Shamir Allibhai at 1:09 PM