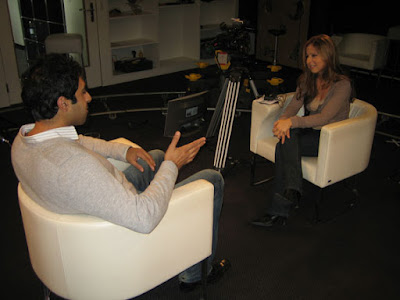 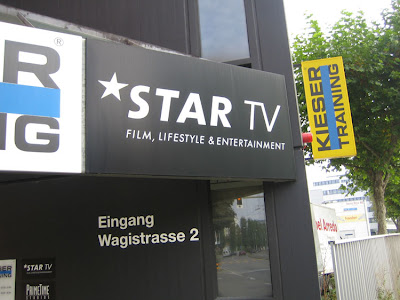 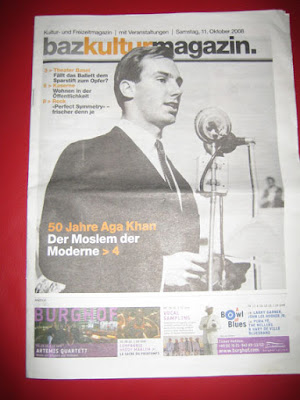 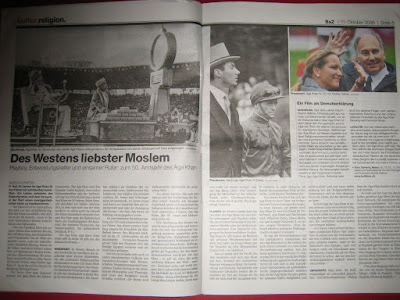 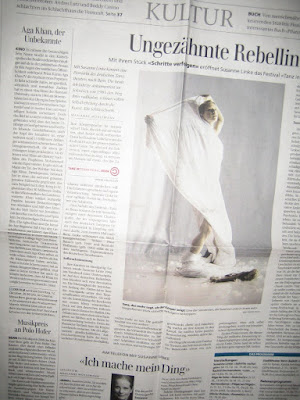 (German to English translation as provided to Shamir):

20 minuten, Mohan Mani: SPIRITUAL LEADER
"An impressive British documentary that sheds light on the nature and mindset of the Aga Khan & the Ismailis. This reflection about Islam of yesterday, today and tomorrow is very well done. And I recommend it especially for those for whom Islam is a book with seven seals."

Zueritipp (TagesAnzeiger), Julia Marx: VOICE OF A LIBERAL ISLAM
[Just a description of the film]

NZZ Ticket (NZZ), Alexandra Staehli:
"This film portrays the Aga Khan as successful businessman, philanthropist and clearsighted thinker. His adventurous family history is told with "verve" (passion). Sometimes the the film switches abruptly into a didactic tonality . But despite this little narrative weakness the Aga Khan remains enough distant and fascinating to make one want to know more about him."

www.nzzticket.ch/ki/index (then go to premieres, the ak)

Posted by Shamir Allibhai at 7:10 PM

I sent you an email at your "ourbigdreams" address. Please check it at your convenience.

I didnt get your email - can you send it again?