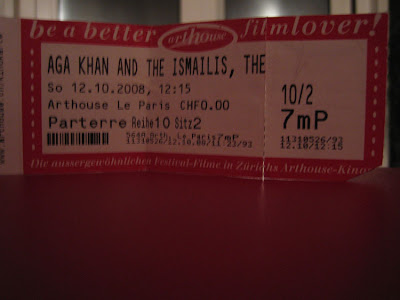 Ticket from the Zurich screening 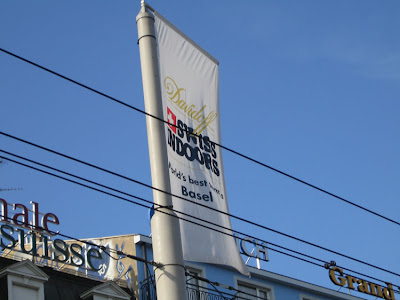 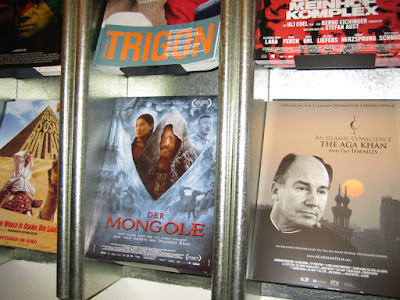 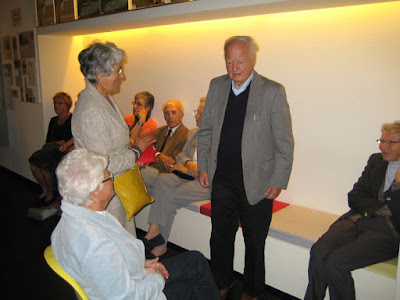 Arnold Hottinger speaking to his fans at the cinema in Basel 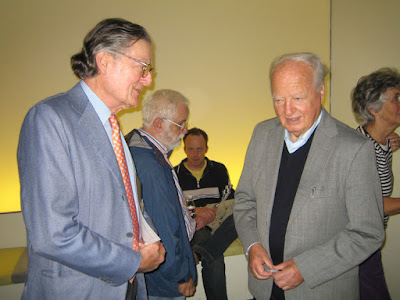 The gentleman on the left is a former classmate of Prince Amyn, the Aga Khan's brother. He and Prince Amyn were in the same year at school together and they still keep in touch. 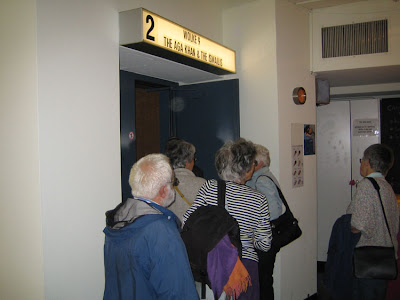 The cinema in Basel 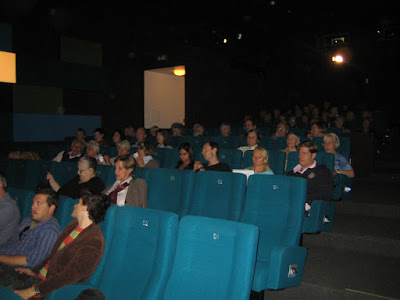 The Basel audience waiting for the show to begin. 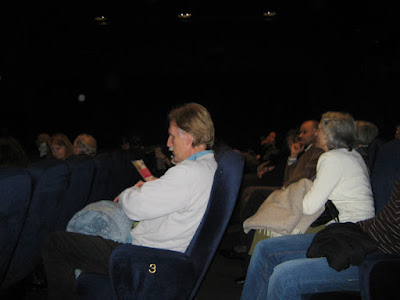 The Berne audience waiting for the show to begin. 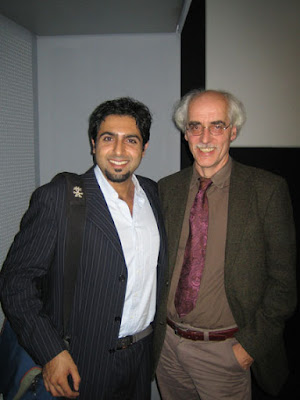 Islam Expert Prof Shulze and I after our Q+A period discussion at the Berne screening.

We realized that we actually had traveled together to Delhi, India in 2004 for the Aga Khan Award for Architecture which he was on the Master Jury of.
REINHARD SCHULZE is a German linguist and historian, professor of Islamic Studies at the University of Berne, Switzerland, and Vice Dean of the Faculty of Humanities. He studied Islam, Latin languages, Arabic, and linguistics at the University of Bonn, and went on to teach at the Universities of Bochum, Bonn, and Bamburg before joining the University of Berne in 1995. Professor Schulze is interested in both the historical development and spread of Islam, and in its contemporary understanding and practice. His most important and recent work is “A Modern History of the Islamic World” (NYU Press, 2000), and he has published widely on the topics of social, economic, and political studies of the Middle East, Asia, and Africa, including “The Birth of Tradition and Modernity in 18th and 19th Century Islamic Culture”, “International Islamic Organizations and the Muslims in Europe”, “Mass Culture and Islamic Culture Production in the 19th Century Middle East”, “The Forgotten Honor of Islam: The Muslim World in 1989”, and “Is there an Islamic Modernity?”.
Posted by Shamir Allibhai at 10:34 AM