A note from the screening:
Before the screening I was chatting to some people and a lady came up to me saying she works with the Aga Khan Education Services. She said that there was a group of non-Muslim Canadians that had come to Kampala earlier this year. Three of them had seen our Aga Khan film that was broadcast on Canadian television channel, VisionTV, and were so moved, they decided they would allocate the sizeable amount of donation money they had set aside for Africa causes to the Aga Khan Development Network. (I wondered to myself if the film team should get a commission :) )

Naturally, this was never our objective but ...its nice to know films can really inspire people into action and its not just filmmaker idealism with their heads in the clouds! 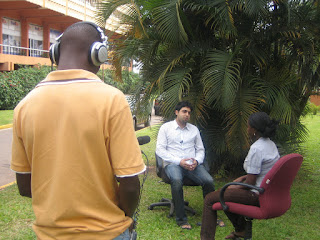 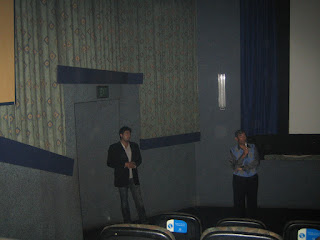 Introduction by Azim Tharani of Kampala 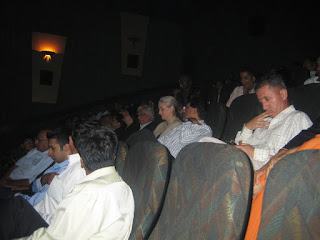