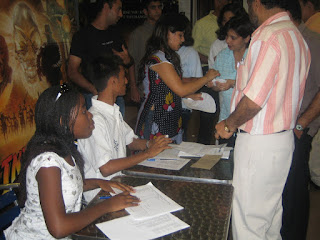 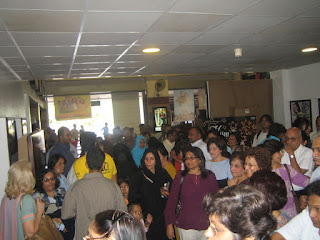 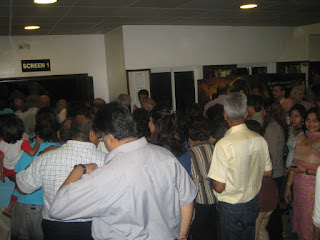 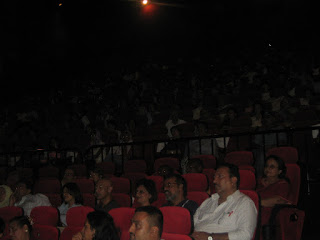 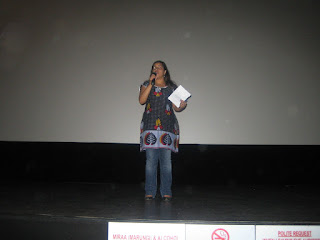 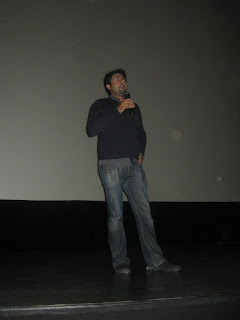 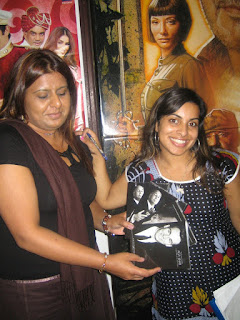 I nearly didn't make it to the Mombasa screening. The Kenya Airways Kampala to Nairobi flight was at 5am and when I got to the counter at 4am, they told me that the travel agent had actually booked my ticket as standby rather than confirmed. Discussion and debate proved fruitless as the lady at the counter said that the flight was completely booked and that there are others ahead of me in the 'standby' queue waiting to squeeze on as well.

In the midst of the drama, coupled by not having slept after the Kampala screening, I found out that there is an Air Uganda flight that would go to Nairobi at 7am. I anxiously waited for Air Uganda’s reservation office to open to see if there were seats available. Luckily there was and I made to Nairobi where I then had to find a new connecting flight to Mombasa as I had missed my original one because of the delay. I had to take what I could get at this point and I found a propeller plane which I boarded and left on.

I didn’t really know what to expect at the Mombasa screening. People had told me Mombasa residents are laissez faire. They may commit but not many will show. The cinema was packed! Almost all of the 375 seats in the cinema were taken up and it was filled with a diverse crowd in terms of age and religious backgrounds. The most touching moment – and there were many at this screening - was when a lady came up to me after the screening with tears in her eyes and she said, I am Gujarati but not an Ismaili. You are so lucky to have a Hazar Imam.
Posted by Shamir Allibhai at 11:59 PM