I feel too knackered to muster out an intellectual post on how the Africa Launch went (as it is 3am here!) but in summary: fabulous, challenging, exciting, riveting, and phew - the latter because the DVD projection system worked!!!

We pulled off the Africa premiere and here are some pictures: 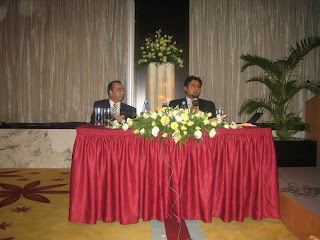 Q+A Session
One of the questions was: Why did we not show more of the Aga Khan's work in Tanzania in the film?
Answer (para-phrase): There is no way in a 1-hr film we could cover everything. We tried to give a flavor of the depth and breadth of the Aga Khan's life pursuits and the East Africa angle was told through the Uganda story including the Serena Kampala. 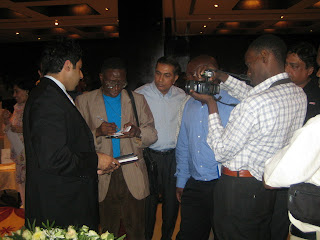 Shamir speaking to the press 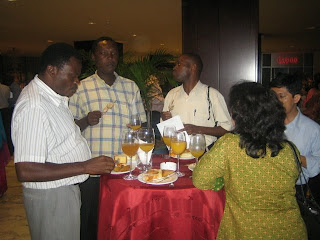 Potentially the real attraction of the night: snack and drinks 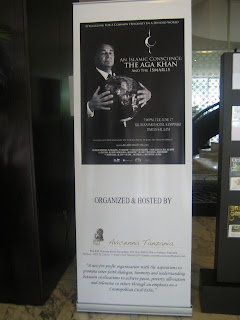 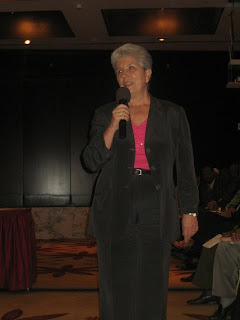 The Canadian High Commissioner in Tanzania speaking about her first public servant job which was to help Afghan Ismailis resettle in Canada, how Canada and the Aga Khan have a close relationship, and how she really enjoyed the film. Thank you for the kind words! 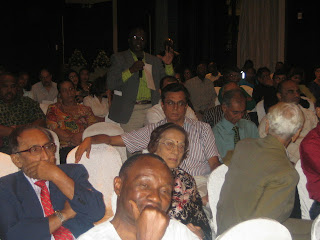 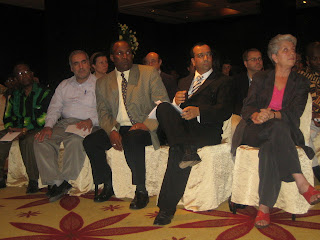 Posted by Shamir Allibhai at 7:07 PM

Excellent work. This movie should be sold at all literature counters around the world. I fail to understand why a documentary produced by an Ismaili, in which Mawlana Hazar Imam has given an extensive interview, is not being promoted by Jamati institutions.

Well whatever the silly reasons and excuses may be, you keep moving along. All the best and I look forward to watching both the DVD's once again.

Congratulations on yet another great screening.

Keep up the good work, we are very proud of you.

Good luck on the rest of the the showings in E.Africa

Conratulations Shamir. Very proud of you.