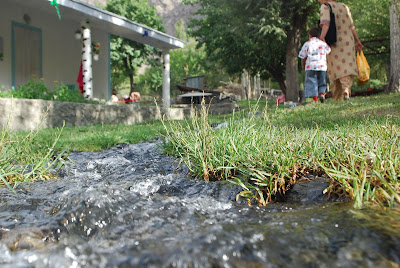 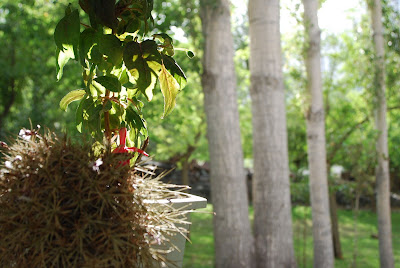 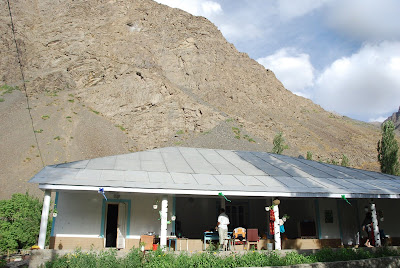 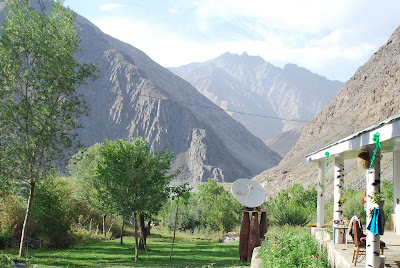 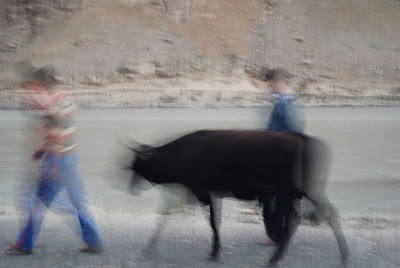 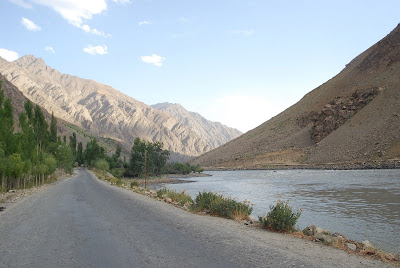 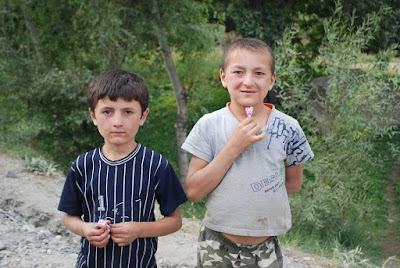 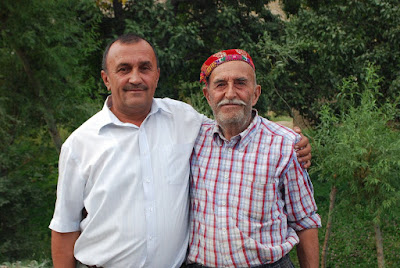 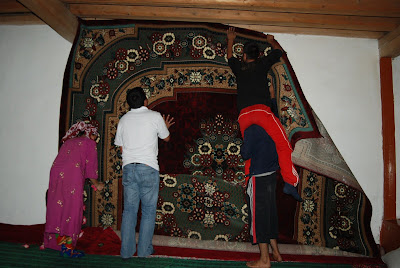 Creating a screen out of the wall 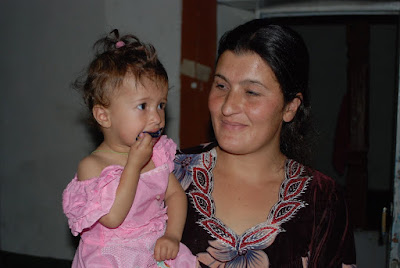 I stayed in a beautiful Pamiri house while in Badakhshan, warmly taken care of by a lovely Tajik family. The house, sitting on the side of a mountain, was flanked by two fresh-water streams (and the water tasted better than Evian)! Waking up every morning to the sounds of running water and beautiful natural views is very refreshing.

In Chohkandez village that night, we screened AN ISLAMIC CONSCIENCE: the Aga Khan and the Ismailis in a Pamiri house. All was going smoothly till we encountered some village politics.

Three quarters of the way through the film, the head of the village came into the large main room of the house where we were having the screening. Clearly smelling of alcohol and with blood-shot eyes, he told all of us the screening is over in unequivocal terms. A few of the older men took him outside and tried to calm him down. He kept getting more and more agitated.

Then a few women got involved to try and calm him down. When he started to get too loud, I put on my best Russian and tried to speak to him. He wasn't having any of it.

Apparently, this guy had asked all the residents to help out with building a water pipe for their village earlier in the day. The village people did not help out: many of them were busy as there are a lot of weddings going on in the summer and with Ramadan looming, many people were trying to get married (and celebrate it with feasts and dancing) before the fasting begins.

The head of the village couldn't make much progress on the water pipe and thus got quite angry. He drank the rest of his afternoon away.

Then in the evening when he heard about the screening, saw the empty village, and found out that most people were watching a movie, he got even more angry. If the people would not help build a pipe, then they would not be allowed to watch a film - went his logic. As he is the head of the village and the (physically) biggest guy in the neighborhood: his word is final.

The crowd, quite apologetic, left. And some DVDs were given away so they can finish the film... once the pipe is built :) 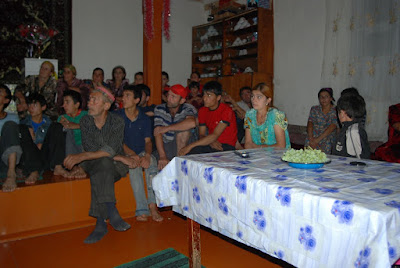 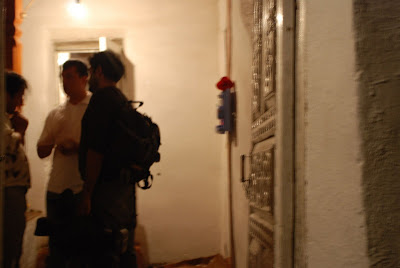 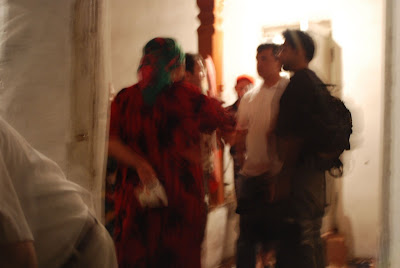 I am trying to talk to the head of the village. 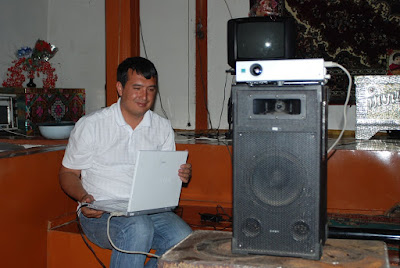 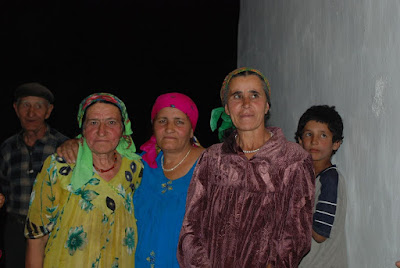 Posted by Shamir Allibhai at 11:27 PM