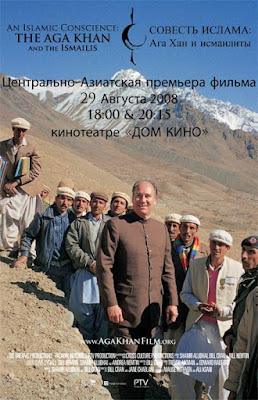 Dear Supporter
Since we started making this film, we saw how often times those with the loudest voices were the only ones to get heard and how those in power like to impose it on the rest of the people. We wanted to fight for the silenced ones. We aspired to tell the story of a community and its Imam that has never been told through the medium of film before. We aspired to show a side of Islam that is often not covered in the media these days. And, as one does when the going gets tough, you put your head in the clouds way up there to find some peace and sanctity. For me, “the clouds” was an aspiration to do a BIG premiere in Tajikistan. Bringing the film to the Tajiks has been important to me, but they are part of a metaphor: a symbol for all those who have been marginalized, faced hardship and struggle, and whose lives should be at least a little bit easier.
This week, those clouds come down to earth and the dream becomes a reality. This week the film premieres in Tajikistan.
Stay up-to-date (based on as much Internet access I can get!) via the blog http://agakhanfilm.blogspot.com
And thank you to all those who have supported and bought the film. Your support has allowed us to make screenings in remote places possible including probably Central Asia’s first premiere of a foreign film in decades! :)
Best wishes,
Shamir
Posted by Shamir Allibhai at 1:05 AM

Congratulations Shamir, this must feel just great. I hope the premiere goes well.

Congrats Shamir and team! This is great!!!